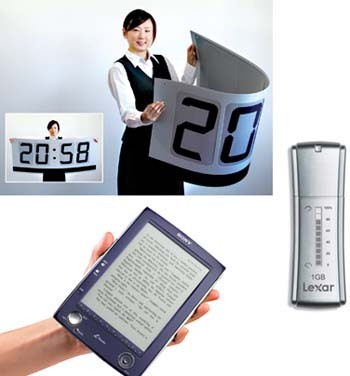 Much has happened in direct-to-garment (DTG) inkjet printing since we last examined the technology two years ago. Newer inks provide better color gamut,

improved washability, and adhesion to a growing range of pretreated fabrics. Big inkjet players have jumped in, first with Epson (left) and then Ricoh (through its recent acquisition of Anajet, right) marketing DTG systems.

Much has happened in direct-to-garment (DTG) inkjet printing since we last examined the technology two years ago. Newer inks provide better color gamut,

improved washability, and adhesion to a growing range of pretreated fabrics. Big inkjet players have jumped in, first with Epson (left) and then Ricoh (through its recent acquisition of Anajet, right) marketing DTG systems.

Online decorated apparel mavericks continue to use DTG technology to disrupt existing supply channels, with an intriguing announcement from Amazon in January that it was working with Kornit on the online retailer’s Merch program. And, perhaps most importantly, machines with significantly higher throughput are hitting the market, giving volume screen printers more to consider as they plot their future capital investments.

The more productive DTG systems available today are a far cry from the ones that hit the market about 15 years ago. Those early units, much like the first inkjet poster-printing systems that had come a decade before, were essentially desktop printers that had been jury-rigged to print directly onto white, 100-percent cotton shirts. About five years later, we began to see printers that had been built specifically for the application. White inks emerged. They weren’t nearly as opaque as a screen-printed underbase, requiring multiple passes and/or additional heads to get acceptable results, and initially they were prone to clogging in the head – by far the biggest frustration of early DTG adopters. But gradually, they opened the door to dark garment printing. Later, units that could print discharge inks appeared, as well as systems that touted the ability to image a wider range of pretreated synthetic and blended textiles.

Print speeds, in part due to the wider use of current-generation printheads, have risen in the latest printers. (See the specs for all currently available models here.) Productivity features such as bulk ink supply and automatic printhead height adjustment have become common. A wide range of easily changed specialty platens are available to accommodate unusual placement areas such as pockets or cumbersome garment types such as hoodies. And the print quality, particularly for photographic images, remains impressive.

“What’s really scary about digital is how good the prints look,” offers consultant Marshall Atkinson. “You can do so much more with a digital press than you could ever do with screen printing because you don’t have to use halftones or print through a mesh, so you don’t have all that interference.”

Still, despite a decade of steady technology progress and a proven demand for personalized and niche apparel that is being well-exploited by e-commerce apparel sites like CustomInk and CafePress, DTG’s share of the decorated apparel market is modest today. Most industry observers place it at 3 to 4 percent by volume of goods printed.

Printer OEMs hope to change that dynamic and are employing two strategies for attacking larger production runs. One is to add DTG stations to automatic screen-printing presses, in effect creating hybrid production lines where both processes can be employed on the same jobs. The other is to better approximate an automatic screen line through much larger DTG units with additional platens and print stations that use dramatically larger (and more numerous) printhead arrays. The hybrid model debuted with Kornit’s Paradigm II unit, which has since been demonstrated at industry shows by several leading manufacturers of

screen-printing equipment and is compatible with both manual and automatic presses. Currently, two manufacturers – Aeoon Technologies with the Kyo Series (left) and Kornit with several models, including the recently announced Vulcan (right) – are pursuing high-production DTG lines.

While the quoted print speeds for these high-volume units may not yet rival a well-operated screen press, they are certainly enough to warrant the attention of a shop owner or production manager. Still, print speed isn’t the only obstacle for DTG in tackling larger print runs.

“Even as the DTG units get faster and faster, the biggest issue that I see is the cost of the ink,” says consultant Charlie Taublieb. “You’re looking at about $1.50 to $2.50 of ink per garment, and that just puts it out of range for most of the work that involves long runs. Screen printers are getting muscled for pennies [per print], and with DTG, it’s a difference of dollars.”

The hybrid approach has a number of advantages that, in theory, remove many of the limitations of both processes. DTG units can be positioned at any print station, giving printers flexibility in setting up jobs. Underbases can be printed conventionally, eliminating the DTG white layer that often consumes the most ink (and adds the most cost) and slows down the printing process. Provided that the ink films are compatible, a screen-printed underbase also removes the need to pretreat the garment, saving additional time and money. Image elements that can’t be replicated in CMYK – spot colors, metallics, and a host of other special effects – could be screen printed after the DTG unit lays down the CMYK image. Printers could run just about any configuration of the two technologies (including no DTG printing at all) from their existing automatic presses without the need to install another print line or dryer.

“And, you can do it with a small press that takes up less space,” observes Vince Cahill of VCE Solutions, an inkjet consultant who also owned The Colorworks garment screen-printing business for many years. “Think about all of the screens. If you can cut the number down to 25 percent of the screens you’re currently using, that’s huge. In some facilities, especially those using rotary screen, the room where they store the screens is bigger than the print operation. It takes up a lot of real estate, and real estate costs money.”

At drupa 2016 in Düsseldorf, Germany, Chinese screen equipment manufacturer CNTop (left) showed a 22-station oval screen press running the company’s T5D10 DTG station, which uses Ricoh Gen 5 printheads and is available in CMYK or two six-color configurations (CMYKcm or CMYK + orange + blue). According to the company, the DTG unit can print 400 A4 (8.3 x 11.7-inch) shirts per hour, or 200 shirts at the maximum image size of 19.7 x 27.6 inches. (CNTop is not listed in the equipment charts because it is not currently distributed in the US.)

Polyprint offers a variation on the hybrid production model with its Easy Table Series platen system for the Texjet Plus Advanced DTG printers (right). The Easy Table Series allows users to take platens from a manual screen printer to the DTG

unit and back again while keeping the job in register. Such an approach could facilitate test prints and lower volume orders that shops might not want to send to an automatic line.

Atkinson believes that we’re just seeing the infancy of hybrid lines that use both screen and DTG technology. “We’re going to see more of the DTG printheads being adapted to go onto screen-printing presses,” he says. “The efficiency and lowering of the cost is what’s going to drive this. Being able to use discharge or regular white ink as the underbase and then printing digitally on top allows room on the press to add other embellishments, spot colors, or whatever you want to do.”

Of course, a hybrid production environment requires you to be in screen printing already or to be willing to add that type of manufacturing capability to your company. For companies that aren’t already in the printing business, that may not be an appealing proposition. Just as embroidery companies, storefront sign and quick-printing establishments, and other DTG adopters have found, you can do a lot of garment decoration without building a traditional printing plant today.

Most of these current users aren’t doing work that would lend itself to longer runs, but as the internet-based model of creating and promoting decorated apparel continues to grow, this could change as well. A number of online garment businesses have grown to multimillion dollar organizations; they may not print orders of 1000 or more identical pieces, but they are printing hundreds of thousands of shirts, and in a DTG workflow it doesn’t matter how often the artwork on those garments changes.

Cahill believes that traditional printing businesses will be more likely to adopt hybrid printing, while the e-commerce entrepreneurs will look at the emerging high-productivity DTG lines. “A lot of these [e-commerce companies] are IT folks,” he says. “If you’re running an internet business and you don’t like getting your hands dirty, digital is a fantastic solution. If you basically want to send a file to a printer, press a button, and have it print, DTG is going to be a much easier world for you.”

Whether in a hybrid or pure inkjet setting, it remains to be seen how faster DTG technology will change the dynamic in terms of the volume of goods printed by each process. None of the consultants who weighed in on the topic felt there would be a sizable shift over the next five years, mostly because they believe that cost factors will keep volume orders in an analog environment for the foreseeable future. But things can change quickly, as Atkinson observes. “This technology is super exciting and it’s going to evolve in ways we can’t even predict yet.”

Check out our fully updated DTG Sourcelist, plus, "Tips for DTG Success."