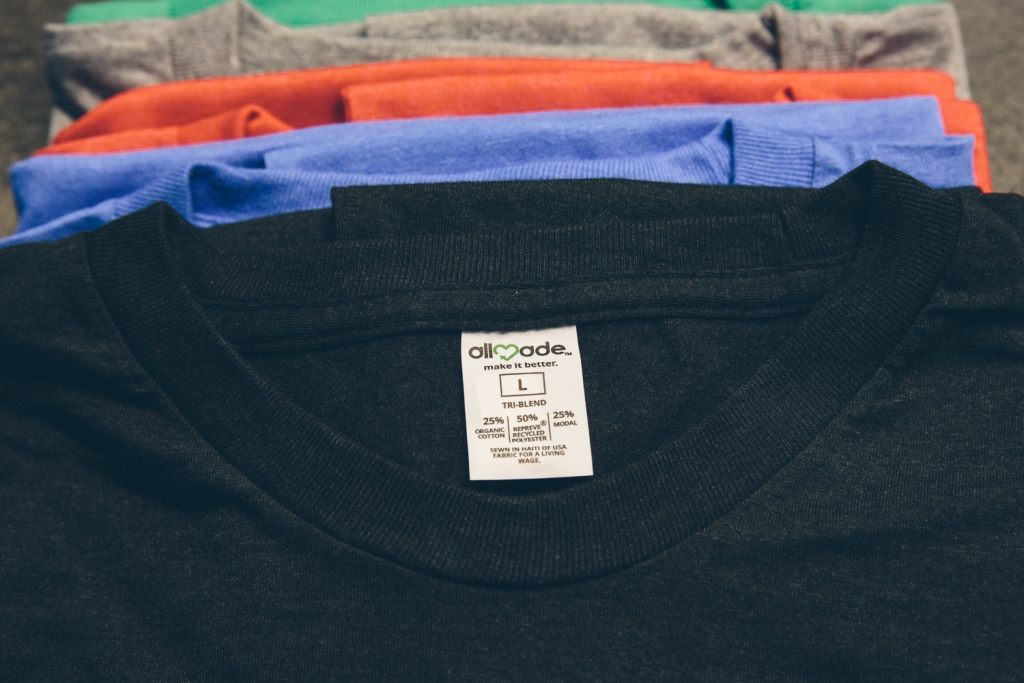 Allmade was created to break the cycle of poverty and child abandonment in Haiti.

GROWING UP IN TEXAS, Brett Bowden says he was never much of a “recycle everything, be good to the environment” type of guy. But a couple of years ago, the founder of Printed Threads embarked on a passion project that would change the way he thought about sustainability – and the way he ran his business.

Printed Threads began in 2010 in Bowden’s garage, and grew to a $3 million company in just a few short years. Bowden staked his work on simply being himself. “If you try to be like everybody else,” he says, “you’re going to get a lot of customers you probably don’t want to work with.” And it worked. As their slogan goes, the company prints for bands, brands, bars, and churches – we’re talking artists like Miranda Lambert, brands like Toms shoes and Tumbleweed TexStyles, and more.

Over the years, Bowden became close friends with Ryan Moor, CEO and founder of Ryonet. And when Moor was approached by Kansas City printer Zac McCarthy at a tradeshow in 2016 about a project making T-shirts to support Haitian orphans, he turned to Bowden. “We spent two hours talking about what this project could be,” Bowden says, “and he looks at me and says, ‘Will you do this with me?’ I was like, ‘Yeah. That totally aligns with my why and what I want to do with my life.’”

Before long, Moor assembled a team of 10 founding partners, including Ryonet, Printed Threads, and several other printing operations, and Allmade was born. The goal of the project is to break the cycle of poverty and child abandonment in Haiti, while reducing the fashion industry’s impact on the environment, by making a high-quality, fashionable T-shirt. The shirts are made at a Global Orphan Project facility in Haiti where workers are paid five times the going rate for similar jobs in the area, and profits are put toward programs benefiting local orphans. The triblend shirts are made with organic cotton, modal (a lower-impact type of rayon), and recycled polyester containing the equivalent of six plastic water bottles per shirt.

Though apparel decoration is often characterized as a niche plagued with cutthroat pricing, Bowden sees a different future. He compares the transformation he envisions for the T-shirt industry to that of the coffee business: “When our parents grew up drinking coffee, they paid about a nickel a cup for it. How many people pay $5 for a cup of coffee today? It’s not so far off to say that we can change the T-shirt market.” It’s a fascinating thought, at the very least. “Why are we competing with nickels when we could be competing on true value?” he asks.

Back home at Printed Threads, Bowden says the Allmade project made him realize how important it is to run a business in an environmentally and employee-conscious way. It was like feng shui, he says: They added LEDs, automated reclaiming, a recirculation system for cleaning squeegees, a recycling dumpster, and more. They cut down on aerosols and started working to educate customers on why they should buy more sustainable garments. They did more research on local cost of living and committed to paying employees more.

“We made a conscious effort to do everything we can to make our employees’ lives better,” Bowden says, “and if that means that at the end of the year, I take home a smaller paycheck, that’s fine, because I need to know that I did good for my community.”

Check out the entire Printing With a Purpose series.

Related Topics:April/May 2018ArticlesCase Studies
click to Comment(Comment)
Up Next

Modernistic: The Desire to Do More

For These Wisconsin Screen Printers, Sustainability is a Family Mission

Congratulations to the six winners of the third annual Rising Stars Awards. Watch the recording of the live virtual awards ceremony from January 28, 2020. The recipients – all of whom are age 35 or younger – were chosen based on their professional accomplishments, fresh thinking, contributions toward industry advancement, commitment to excellence, and a strong impact on their organizations.

How To Be Heard Without Making A Sound

Top 10 Tools for Art and Design

Change Will Do You Good