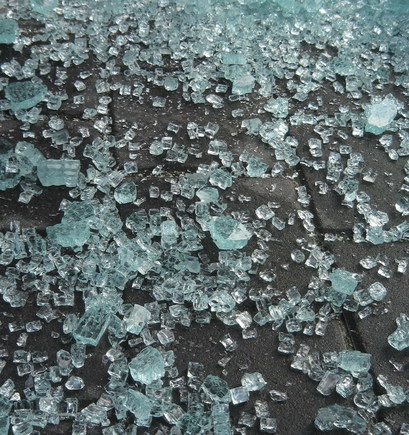 All screen printers, at one time or another, will have to replace the glass in their exposure units. The procedure appears rela¬tively straightforward on the surface, but beware: Selecting the wrong glass can add thousands of dollars of cost and lost time to your operation annually. This month, we’ll take a close look at all of the options available to you and identify the ones that can save you big dollars every year.

I recently had the unfortunate task of replacing the exposure glass in one of my shop’s 53 x 60-in. exposure frames. The surface of the glass was in good condition, but the glass failed structurally after a screen frame was carelessly crashed into the edge. The impact resulted in a half-dollar-sized flake chipping off. The operator taped off the area to keep anyone from getting cut on the sharp edge. But on the second exposure, the glass cracked all the way across the frame, necessitating replacement of the sheet. I had two questions right away. Could I avoid this kind of failure in the future and what kind of glass would I need as a replacement?

The frame’s manufacturer told me to simply go to the local glass dealer and get a piece of 3⁄8-in. plate glass because that is what they supply. I called the emulsion supplier, who said, “We don’t think it really matters what kind of glass you use.” I called the company that makes our exposure lamp, and they said, “Make sure you have optically clear, high-UV-transmission glass, but don’t use tempered glass.” By now I was thoroughly confused and began the task of researching which kind of glass I would actu¬ally need.

Common glass used for windows and architecture is made up of silica (sand) soda ash, limestone, dolomite, feld¬spar, sodium sulfate, and cullet (recycled broken glass). The percentages vary depending on the use and the manufacturer. Trace oxides of metals often impart color or are added to tint the glass. Small defects can appear inside the glass during its manufacture. These are called inclusions and are generally small bubbles. Surface defects are called seeds and appear as small bumps on the surface of the glass. For our purposes, the glass must be free of both types of defect. You need to specify that you want seed-free and inclusion-free glass. If the glass is custom cut (it always will be) and you have not specified this, you will end up with glass you can’t use.

There are other types of glass like borosilicate (Pyrex) and synthetic quartz. These fall into a category known as technical glass and are generally used for scientific glassblowing, optical components like lenses and filters, and glass labware like test tubes, beakers, and flasks. They have UV transmission of 90% or higher.

Window glass needs to be distortion-free when you look through it. If it isn’t, light will refract at a different rate and you could potentially undercut an image locally. This is not some¬thing to worry about. Modern glass is distortion-free.

The need for distortion-free glass was not a high priority until the 19th century. Widespread use of silvered mirrors and glass for windshields in cars increased the need for optically clear, distortion-free glass. The solution was plate glass, made by way of an expensive process that began with molten sheet glass passing between mechanical steel roll¬ers. Uneven rolling tended to impart some distortion to the glass, and sign-ificant quantities of the glass were ren¬dered useless because of roller marking. Sheets that passed quality inspections to this point moved to the polishing phase. The entire sheet was polished until both surfaces were parallel and the sheet itself was free of any defects. This was a very expensive and time-consum¬ing process. You can still purchase plate glass today, but it is custom produced to order and quite expensive.

Modern sheet glass is made using the float process, invented by Sir Alastair Pilkington in the late 1950s. His inven¬tion was to float a ribbon of molten glass on a bed of molten tin. Contaminants settle out as the molten glass flows, and the liquid-metal bed delivers an absolutely dead-flat sheet, free of any seed defects. The under surface, which touches the metal, is called the tin side. It can have a slight metallic sheen that’s often polished off. The upper surface of the glass is called the air side. Flame polishing ensures a perfectly uniform upper side. The sheet is finished with a pass through an annealing oven, called a lehr, where the glass’s internal stresses are reduced during controlled cooling. Pinkington licensed the process imme¬diately, and within a decade, it became the primary method by which window glass was produced.

Float glass is relatively strong with a tensile strength of 3500-4000 psi. The problem with this type of glass is that when it’s broken, it shatters into very dangerous shards that can cause serious injury or death. That’s not a risk I’m willing to take. A process call-ed tempering, also known as hardening or strengthening, is often carried out to increase the glass’s strength and change its internal stresses. Tempered glass is still breakable, but the tensile strength is increased to 10,000-24,000 psi. Edge compression increases from 4000 to 9500 psi. Furthermore, when the glass is broken, it breaks into small cubes called dice (Figure 1). Tempered glass is much safer than plate glass but about 25% more expensive.

Typical applications for tempered glass are windshields, shower doors, partitions, and more. Float glass is usu¬ally tempered or hardened with heat, but it can also be tempered chemically. The treatment does not alter any of the glass’s physical or chemical properties, such as color, clarity, chemical composi¬tion, and light transmission. The harden¬ing process affects the top and bottom layer of the glass and leaves the interior core unhardened. The glass will shatter when this surface layer is penetrated, but small scratches or nicks will not generally penetrate the surface layer.

Do not confuse tempered and safety glass. Safety glass consists of two or more layers of tempered glass lami¬nated with a layer of plastic (typically polyvinyl butyral or PVB) between. The PVB forms a barrier that keeps objects from penetrating the glass.

Also beware of architectural glass. When you put glass in your house, the two things you want to restrict are UV light and infrared heat. Low E glass, which is designed to save energy, has a special coating that can restrict up to 94% of UV light from passing. You definitely do not want Low E glass. In fact, you do not want any type of tinted, bronzed, or grayed glass—all of these restrict UV transmission to levels of less than 35%.

Conventional window float glass appears clear, but it actually has a very slight green cast to it and is visibly green when you look at the edge of the sheet. This green cast is imparted by the pres¬ence of small amounts of iron and chro¬mium oxides in common silica. These oxides result in UV transmission of 58% for a 3/8-in.-thick sheet of glass. Put another way, this glass absorbs 42% of the UV light that hits it.

All of this information led me to the conclusion that I should use tem¬pered float glass in my exposure unit. Finally, I had to identify a glass that would accommodate the transmission of UV light in the 350- to 420-nm range, which is the area of the electromag¬netic spectrum that enacts the chemical crosslinking in emulsions during screen exposure.

I consulted numerous data sheets and was surprised to find that 3⁄8-in. float glass can allow a UV-transmission range of 35%-90%. The implications here are huge. The more UV transmit¬ted, the shorter our exposures, and the more screens we can process per day. Decreased exposure times also prolong bulb life. My search guided me to low-iron glass.

Low-iron glass contains approximately one tenth the iron content of common float glass. Each company has its own trade name for low-iron, or iron-free, glass. Examples include Starphire, Ever¬clear, UltraClear, and UltraWhite. When viewed on edge, low-iron glass has virtually no color cast. The important aspect of this type of glass is its ability to transmit UV light in the range of 81-88%, depending on the brand. You must obtain the specification sheet from the manufacturer in order to find out how much UV light the glass can transmit.

Low-iron glass can be 25-50% more expensive than conventional float glass. Putting the UV element into the equa¬tion from my previously outlined prob¬lem yields an installed replacement cost of $650 for low-iron glass vs. $400 for conventional glass. The difference of $250 over the four-year life of the glass is approximately $62.50 per year. Our exposure bulbs run $195 each, and we use two per year. With 25% higher UV transmission, my exposures are now 25% faster, and my bulbs last 25% lon¬ger. We make about 20 screens per day using conventional film, and another 60 screens per day using a computer-to-screen system. For the exposure unit in question, the low-iron glass means five more screens per day, or 1250 addi¬tional exposures per year. At the same time, we save about $100 per year in extended bulb life, which is more than enough to make up the higher cost of the glass.

The bottom line is in the vastly increased productivity in the number of screens we can expose. As a textile printer, I am normally able to charge $15.00 per screen. The additional 1250 screens per year translates into $18,750 of added revenue. Granted, not all of that is profit, but the implications are significant. If you charge more than $15 per frame, you are clearly money ahead. A few hours of research and the right questions asked can mean more profit and longer bulb life. At the same time, one poor decision to save a few bucks on replacement glass can have a major impact on your production, especially when you replace low-iron glass with conventional float glass.

Mark A. Coudray is president of Coudray Graphic Technologies, San Luis Obispo, CA. He has served as a director of the Specialty Graphic Imaging Association Int’l (SGIA) and as chairman of the Academy of Screen¬printing Technology. Coudray has authored more than 250 papers and articles over the last 20 years, and he received the SGIA’s Swormstedt Award in 1992 and 1994. He covers electronic prepress issues monthly in Screen Printing magazine. He can be reached via e-mail at [email protected]