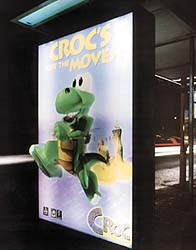 Thanks to formable, stretchable plastics, our lives have been enriched by such products as Silly Putty and Creepy Crawlers. Who hasn’t marveled at images that become hideously distorted as they are pulled in all directions. And how many siblings have tortured each other with plastic spiders, earthworms, and tarantulas pulled fresh from the oven?