ONE OF THE MORE prolific authors and screen print educators in the post WWII industrial expansion, Albert Kosloff literally “wrote the books” on ceramics, electronics, textile, glass, and photo stencil printing. He was a Russian-born, American high school principal. In the 1940s and ’50s he coined the term “Mitography” to describe the former “silk screen” printing process, which had started moving away from silk, once finer and more stable synthetics took over the mesh market. Mitos means woven fabric. Not specifically silk – the Germans had it close from the start – they called screen printing “Seibdruck.” Sieb meaning sieve or strainer.

As 97 percent of the population still seems to refer to our favorite print method as silk screening, why fight it? Mitography never really caught on as a mainstream name, and people don’t use silk. According to my research, the only people still using silk for printing are three old hippies on a commune in Oregon that continue to make bootleg Grateful Dead shirts using that 50 yard bolt of 10xx they bought in 1969. But we’re going to use Mitography in today’s title because alliteration. So, thank you, Mr. Kosloff!

If we’re looking at words and their relevance to current usage, we can ask those same 97 percent what manufacturing means. They’ll talk about the auto industry or widget makers in a big factory in China or 3D printing – with CNC, robots, and massive machines – and they would be literally wrong. Manu refers to hand, and factor is to make. It’s about as close to the present reality as silk screening. But whatever the definition, and however things are fabricated, manufacturing is important – localized manufacturing more so in this crazy mixed up miss-named world we live in.

We have one more word in our title to describe a recent evolution of the typical 21st century manufacturing plant. That word is Makerspace, and in the latest episode of Screen Printing: Art, Ad, or Alchemy? we’re going to explore this new way of inventing, designing, creating, and fabricating, all within and accessible to local communities where you typically wouldn’t find a manufacturing plant. And we’ll see how Mitogra… er silk screening (whatever you want to call it) fits into this new way of creating.

1. Graham Hayward and Linn Horntvedt work at fellesverkstedet.no in Oslo, Norway. Graham is the managing director and Linn runs the Print studio. They’ve recently completed a five-year renovation of an old 1800s lock factory, completely modernizing, upgrading, and building their team and capabilities after a decade of proof of concept and hundreds of completed projects. Their story is fascinating to me, as the original spark grew from some home-made screen printing equipment used to make gig posters, but is now surrounded with state-of-the-art woodworking, metal fabricating, and electronics workshops.

“Ideas are useless if kept in people’s heads,” says Graham. “Ideas need to be released if they are to have an effect.” One hundred percent true, as you will see and hear.

2. Luther Davis is part of a team developing what just might be the largest makerspace in the world, powerhousearts.org. Luther has worked at and run some of NYC’s most prolific fine art printshops since the 1990s, as well as taught at Parsons and Cooper Union. For the last five years, he has been the printshop director for the Powerhouse Arts Project, and brings us up to date on the massive undertaking, which they will be moving into this fall. He feels that Makerspaces, regardless of size or location, hold a key to bringing culture and locally made products and fabrication skills back into our communities and the hands of individuals. They bridge a gap between the academic, creative, and production worlds, allowing easier access for a larger and more diverse group of creatives.

3. Adrian Granchelli is the opposite of the other guests, in that he only started screen printing after getting an engineering degree at the University of British Columbia, then working at Vancouver’s makerlabs.com as part of the community management team, and then teaching and coordinating all the classes. This led him back to university to get a Master’s Degree in Education Technology. He had seen screen printing, wanted to learn how it worked, and answered an ad for a summer student. He’s been working ever since as our online learning designer for screentheworld.org. We did show him how to print, and next thing you know he started a clothing line (nature.exposed). Adrian brings a different perspective to screen printing education, and for people contemplating setting up a makerspace in their community, some tips and things to avoid. 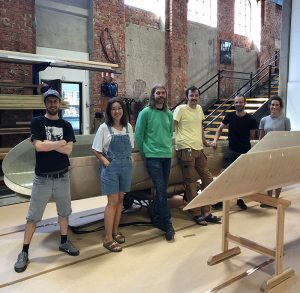 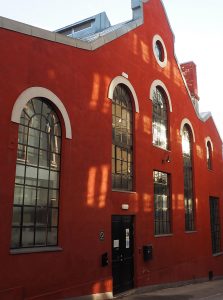 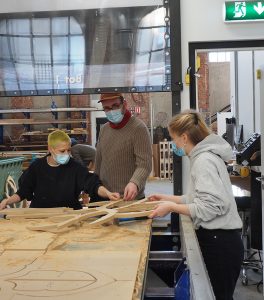 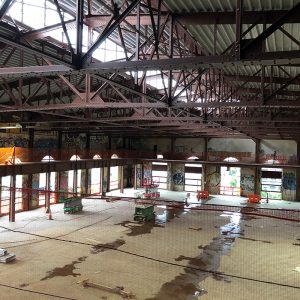 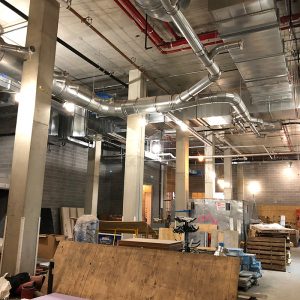 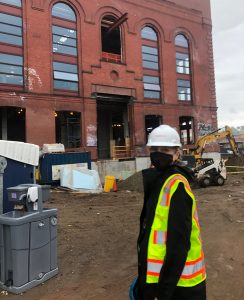 With This Open Google Sheet, Screen Printers Can Sell Off Excess Inventory