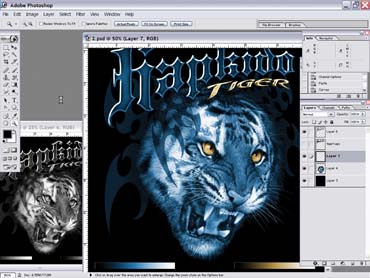 The duotone image is a very popular look in movies and graphics. Blending a grayscale image with a second color creates a duotone—and a dramatic mood. A common example of this is the Old West photos that are sold at many vacation spots. The photos are shot in black and white and then filtered with a sepia color to appear brownish, like an old wanted poster. Duotone images are a real snap to create using Photoshop, and they can really give a classy appearance to a design when a full-color photo would look too distracting.