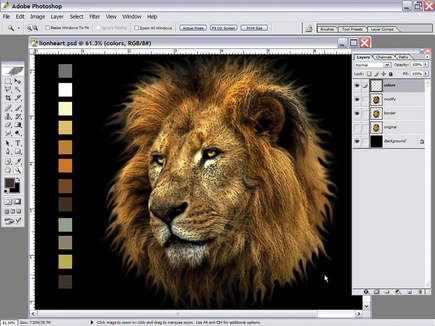 With apologies to Bob and Doug McKenzie of SCTV’s “Great White North,” “today’s topic” is industrial printing. Sometimes called “functional printing,” it’s the latest, greatest buzzword in the print world, next to 3D. A lot of the traditional offset equipment manufacturers such as Heidelberg and many of the inkjet press makers are working to join the fray.

With apologies to Bob and Doug McKenzie of SCTV’s “Great White North,” “today’s topic” is industrial printing. Sometimes called “functional printing,” it’s the latest, greatest buzzword in the print world, next to 3D. A lot of the traditional offset equipment manufacturers such as Heidelberg and many of the inkjet press makers are working to join the fray.

Why? Because along with packaging, it represents one of the biggest growth areas in the wide world of print – today and in the years ahead. While traditional offset printing of paper declines, applications related to the manufacture of consumer goods climb. And not just in Asia. It’s also happening in the US, Canuckistan, Mexico, Brexitainia and the EU, Africa, South America – the list goes on. Humans make a lot of stuff worldwide, and more of it every year. Each product needs a container, or graphics on the casing, or both, so there’s the packaging and the part decoration (a hybrid of industrial/graphic print). Then there are the operational guts, with printing of everything electronic. You might not see a subway full of people reading newspapers anymore, but every bozo staring at their cellphone means that some printers got work and took home a paycheck. One press shuts down; another starts up.

Screen printers have known about industrial for a while. And we should. We invented it in the 1930s, with printed circuits and the application of ceramic and specialty inks onto and into glass, metal, and that marvel of the age, plastic. The other print technologies were busy fighting it out making automated paper printing machines. The loser technologies in the battle that waged into the 1960s were letterpress/flexo and gravure, but the also-rans found niche dominance in packaging. Think cartons, cans, and labels. Multilith, A. B. Dick, and Heidelberg, along with other printing press manufacturers, helped build a worldwide printing industry – on paper – that became the largest employer in the US by the end of the 1900s. We’ll never see those employment numbers again as traditional print-on-paper moves away from offset and splinters; the small-town offset printer was a victim of online ordering and the dominance of digital communications.

Meanwhile, screen printing ruled electronics and the mass production of things, and continues to build on that tradition today.

Claudio Moffa of Sakurai, in a recent interview with Marcus Timson of the Industrial Print Blog, states that “Industrial print is experiencing continued growth for screen printing. In a variety of industries, screen printing remains the key process due to its efficiency, quality, and speed, which cannot be matched by digital. The process is so good and the output such high quality that I cannot see a time where it is replaced.”

He continued: “Screen printing is the best printing option for functional and industrial printing applications such as automotive, smart technology, pharmaceutical, and packaging, and it can provide amazing special effects with specialist inks. This can also add a lot of impact to paper-based print applications.”

Two friends of mine from the Academy of Screen & Digital Printing Technology – former chairman Alex Zuckerman from Fimor and renowned printer Michel Caza – identified the dominance of industrial printing in our industry more than 10 years ago. At the time, the T-shirt guys just nodded their heads, while the graphic screen printers bought more wide-format digital presses. Both men had seen firsthand the size of the industrial print market, Alex from a manufacturer’s viewpoint (every printer needs a squeegee) and Michel as a consultant and educator who had visited the vast factories in Asia that were pumping out products for the rest of the world. It’s taken awhile for SGIA and FESPA to come around, but the last few years have seen growing recognition of print’s place in advanced manufacturing.

Closer to my home: The University of British Columbia’s Centre for Flexible Electronics and Textile (CFET) is part of the Prometheus Project, a Canadian Foundation for Innovation-funded project aiming to improve human lives by creating cutting-edge materials and integrating them into devices for different applications.

Five million dollars was awarded to the university as part of the project to establish unique facilities for the design and integration of low-cost and flexible electronic materials into devices and textiles. CFET will include two labs equipped with state-of-the-art facilities for conducting multidisciplinary research related to the development of novel nanomaterials and devices; prototyping of flexible electronics on plastic, paper and textile; and roll-to-roll manufacturing on flexible substrates for applications such as solar cells, batteries, and electronic skin. The labs are currently being established at the school and will be operational by the end of June.

The Centre seeks to provide services to a wide range of academic users from various departments of the university as well as external academic, industry, and government users.

So how important is industrial printing to the North American economy in the near future? Very. Time to sharpen your squeegees, boys and girls.

Sun Chemical to Increase Prices for Inks, Coatings, and Adhesives

The Next Generation of Screen Printers: Tips for Hiring and Retaining Them

Here Are the Winners of the 4th Annual Rising Stars Awards

How One Shop Brings Squeegees and Experimental Graphics to the People