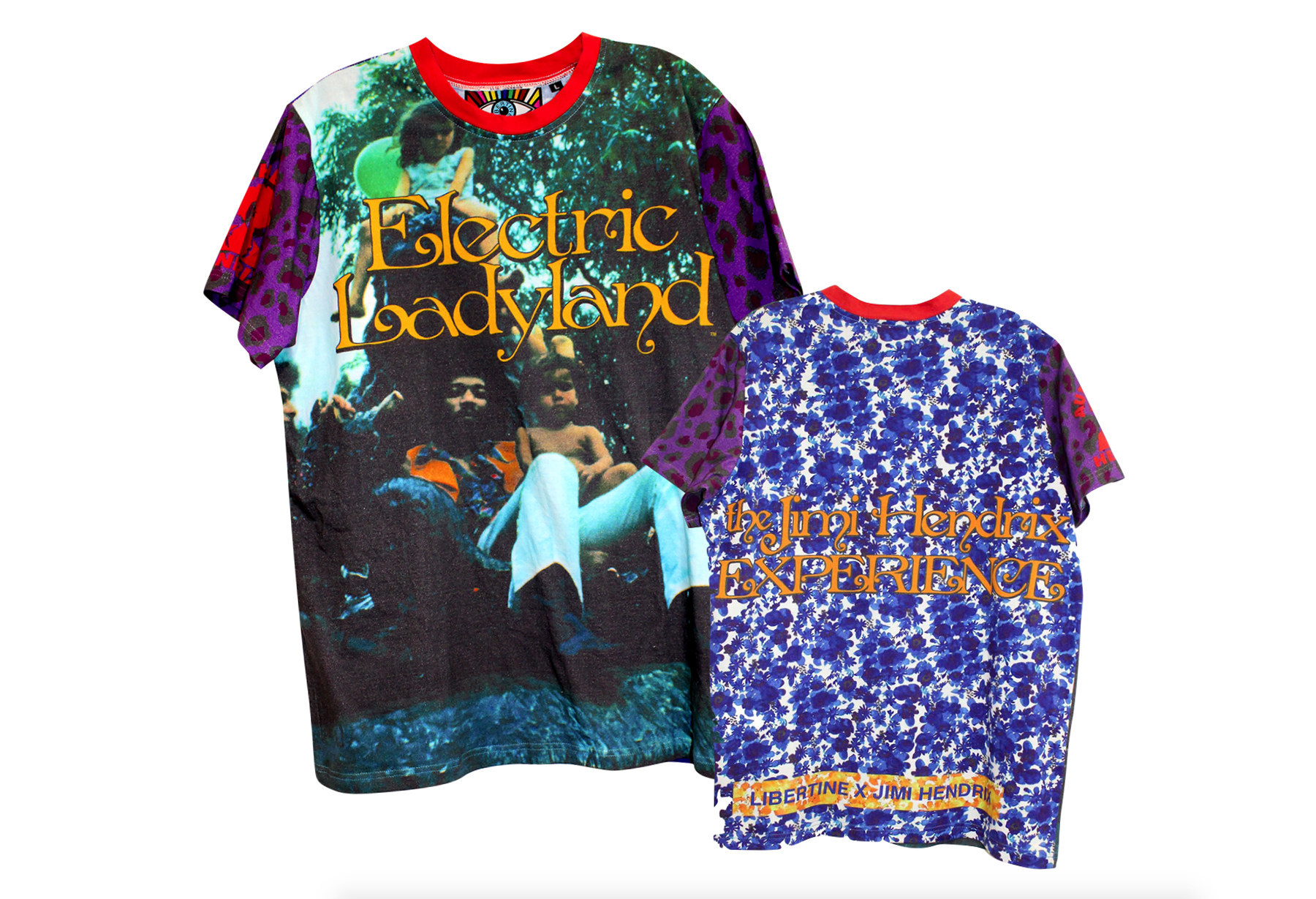 This article was first published on FESPA.com by Rob Fletcher.

Although some sectors of the print industry have struggled in recent years due to issues such as the increased use of digital technologies and ongoing uncertainty over the economy, one market – T-shirt printing – has stood the test of time.

Perhaps once seen as something of a gimmick, T-shirt printing now serves as a key source of income for print service providers of all shapes and sizes. From run-of-the-mill jobs, such as T-shirts for bachelor/bachelorette parties, to working with some of the top designers in the world, there is a wide range of work available in this vibrant sector.

Here, FESPA.com takes a look back over the last 12 months of 2018 and highlights how this market continues to strengthen, supported by the many innovative companies active in the sector.

Video Game Gold
Designer: Imaika
Description: Imaika went home with a 2018 FESPA gold award for this T-shirt based on video games. The featured art presents buttons as monsters, while the controller acts as the altar. Four unique prints were all printed
with different effects.

Keep CALM during the World Cup
Designer: CALM / F&F
Description: Mental heath charity Campaign Against Living Miserably (CALM) joined up with Tesco’s F&F clothing brand to raise awareness of male suicide through an innovative T-shirt campaign. The #MarkYourMan initiative drew on the idea of supporting friends and family, and ran at the same time as the 2018 World Cup. When joined together, the two T-shirts create the St. George’s Cross, as demonstrated here by UK comedians Romesh Ranganathan and Rob Beckett.

Kodak moment
Designer: Forever 21 / Kodak
Description: A familiar name to those in the printing industry, Kodak teamed up with fashion retailer Forever 21 to produce a series of products for the shop’s fall collection. The clothes are based on the many logos and designs from Kodak’s history.

Man’s best friend
Designer: Midi Print
Description: Another winner of the 2018 FESPA Awards was Midi Print, which won bronze in the T-shirt and garments category. “Symbol of the Year” was produced using screen print techniques.

Making women’s history matter
Designer: National Women’s History Museum
Description: The National Women’s History Museum teamed up with a host
of famous actors and journalists to launch a History Maker T-shirt campaign with fundraising platform Omaze. Proceeds are being used to support the museum’s efforts to use various women’s stories to educate, inspire, and empower in the US. Jade Tailor from the Syfy series “The Magicians” is modeling the T-shirt.

Roaring success for former NFL star
Designer: DeAndre Levy / Detroit Hustles Harder
Description: Former Detroit Lions NFL star DeAndre Levy joined forces with apparel brand Detroit Hustles Harder
to create a special, cause-related T-shirt line. “Our Issue”
is based on the idea that a society free of sexual assault
and domestic violence is not just a women’s issue, but a collective issue for all.

Student’s design takes the plaudits at Jeans for Genes
Designer: Chunchen Liu
Description: Kingston School of Art student Chunchen Liu beat the competition from a host of entrants to design the official T-shirt for this year’s Jeans for Genes charity effort. Liu’s design was selected by a panel of judges including model Kate Moss. The T-shirt, which sold out three times before Jeans for Genes Day, is modeled by singer and
television presenter Peter Andre.

Demanding a final say on Brexit
Designer: People’s Vote
Description: In October 2018, an estimated 700,000 marched in London to demand a say on the final deal for the UK leaving the European Union. The People’s Vote campaign attracted widespread support from celebrities and MPs alike. The march, where many protestors wore the official campaign T-shirt, was one of the largest London has ever seen.

Team Harry or Team Meghan?
Designer: Zapper / Jack Mooney
Description: Zapper joined forces with artist Jack Mooney to create this special T-shirt for the Royal Wedding of Prince Harry and Meghan Markle. However, there is a twist; using the Zappa augmented reality app, users could scan their T-shirt and choose whether to “marry” Harry or Meghan. The user could then post a selfie with their face placed in the artwork next to whoever they chose to marry.

Hit the red carpet
Designer: Andrew Mania
Description: James Ivory famously wore this shirt during his acceptance speech after winning this year’s Academy Award for Best Adapted Screenplay. The shirt featured a hand-drawn picture of Best Actor nominee Timothée Chalamet, who starred in Call Me By Your Name, by artist Andrew Mania. The shirt made such an impact that it was made into a printed T-shirt for fans to buy.

Girl Power Rules
Designer: Spice Girls
Description: Joining Victoria Beckham in our Top 20 are the rest of the Spice Girls, who this year launched a new T-shirt campaign promoting gender equality as part of Comic Relief. The quartet are pictured here modeling the shirt, which features the phrase “#IWANNABEASPICEGIRL”

Make your voice heard
Designers: Nicole Fleisher, Kahlia Shearer, Alessandra Angiello, and Hayley Fitzsimmons
Description: Clothing brand American Eagle continued its partnership with US non-profit group Rock the Vote in an effort to encourage people in the country to vote in the 2018 mid-term elections.

Battling bullying with positivity
Designer: Amy Goodall
Description: Designer Amy Goodall created a range of special T-shirts with the aim of helping children who suffer from bullying. The shirts carry various
positive messages, such as this example here, encouraging kids to always believe in your soul. Proceeds are being used to support the Bullies Out charity.

GUESS who?
Designer: Guess
Description: Fashion brand Guess teamed up with Latin Grammy Award Winner J Balvin to launch a new range of clothes. Featured in the Vibras collection is this colorful, printed T-shirt, with a classic tie-dye look.

20 Ways to Be Successful During Disruption